How Lint Causes Problems For Your Dryer

One reason why you might need to call a dryer repair company is if you have lint-related problems. All dryers gather lint, but sometimes this lint builds up and causes serious dryer issues that could end up damaging your dryer and home. Fortunately, lint buildup can be managed with maintenance and proper installation. Here are some of the most common reasons for lint buildup, what might happen if you ignore the problem, and ways to lessen excessive lint.

Why Does Lint Form?

Lint forms from clothing during the washing and drying process. Small bits of fabric break off while in the washer and the dryer's air dries and blows the lint into the lint trap or through the air ducts. Natural fibers, such as wool, are more likely to produce lint than synthetic fibers.

How Can Lint Be Reduced?

Many products on the market claim to reduce lint during the washing and drying cycle. Another common tip is to not completely dry your clothes in the dryer. Instead, dry the clothes until they are slightly damp and then hang dry them the rest of the way. Consider hand-washing high lint and new items to reduce dryer and washer lint buildup.

What Dryer Problems Do Lint Cause?

Dryer lint buildup can cause ventilation blockage that could result in your dryer not functioning well. Many common dryer problems, such as little or too much heat, are often caused by lint buildup in the ventilation ducts. The worse thing dryer lint can do is cause a dryer fire that could spread to your home.

How Can One Prevent Lint-Related Problems?

Preventing lint-related problems is fairly easy. First, clean out the lint trap every time you do a load of laundry. You may also need to clean the vents and ducts regularly to reduce dangerous lint buildup and keep your dryer performing smoothly. A dryer repair company can come out and check over and clean your dryer vents and ducts for you. Another thing to consider is ensuring the dryer has plenty of clearance behind it. This helps with ventilation as well as reduces lint from building up on the walls as it exits through the rear vents.

Your dryer will definitely gather lint and it may become a problem if you aren't prepared. If your dryer is not heating properly, or is too hot, or you need maintenance, then a dryer repair company like Collier County Appliance Service, Inc. can help. A technician will come out and check over your dryer and ducts and make recommendations to reduce lint-related problems.

Read in about 3 Minutes 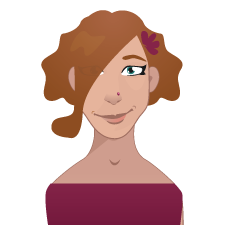 That unsightly tan fridge might look terrible in your kitchen now, but twenty years ago, that fridge was the wave of the future. I made this mistake myself in the late nineties, which meant that my kitchen looked outdated until I could pay for a complete renovation. If you want to avoid buying appliances that you will hate later, take the time to check out this website. I have been shopping for appliances for years, and I know what to look for in appliances that will stand the test of time. Read these articles to find out how to avoid some of the mistakes that I have made in the past.